The results are out. Glad to know that at least one of my nomination was judged as one of the top 10 emerging influential blogs for 2007. 🙂

Fruityoaty made it to the list and also took home at US$100 for blogging about it! How lucky could this blogger get?? The list of the Top 10 Emerging Influential Blogs for 2007 are as follows:

As with all successful writing project on the blogosphere, there were suggestions and few observations regarding the blogs nominated and even the bloggers who participated. Shari was complaining a bit on the representation of blogs. She argued that most of the bloggers who participated were Filipinos and most of the blogs were owned by part or full blooded Filipinos.

Actually, when I blogged about it, I was afraid that it will not get much international coverage when it became evident by week 3 that most of the bloggers and even the nominated blogs were Filipinos/Filipino owned. However, if the contest was only dedicated to Filipino Top 10 Emerging Influential Blogs, I guess there might be a few choices despite the growing number of Filipino bloggers.

But hey, this is just the first year of this writing project. Who knows what will happen next year? Well, I hope that more bloggers will participate and this will be one of the most “popular” popularity contests on the blogosphere after the bloggy and other award giving “bodies.” 🙂 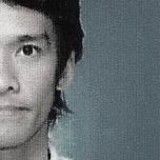 I wouldn’t have made it if not for your support.

Hello Jim. Thank you very much for the support you’ve given to this writing project. I very much appreciate it.

On another note, we just started the Filipina Writing Project and I hope you can join.

[…] good online pal Jim Caro asked, “How lucky could this blogger get?” I’m the only Cocky Bastard who made it to the Top 10 […]

Thanks for the congrats greetings on my blog. Yeah, I AM lucky. Lucky to have readers like you. 😉

Hey, someone’s 1-year blogversary is coming up soon… YOURS. 😉 Hmm, I shall find a way to mention that in my upcoming posts. L8tr.

An expat's take on news about his host country as it relates to the Philippines. Read more about Blogbastic!

Blogbastic’s readers around the world…